“Put up with being laughed at on occasion; look around you, and give yourself a good shaking to find out who you really are.”

Common sense tells us that a modicum of concern for the opinions of others is useful in the cultivating of good relationships and the maintenance of social cohesion. But most people care too much about what other people think and in this video we will explore how this is damaging to our psychological health. We will then look at how becoming more comfortable with ridicule, rejection and the disdain of others can greatly increase our chance of living a fulfilling life.

“It never ceases to amaze me: we all love ourselves more than other people, but care more about their opinion than our own.”

In the modern West a great emphasis is placed on the attainment of social validation and on looking good in the eyes of others, and this is creating a population of men and women who are stunted in their development. For social validation is derived primarily from one thing – success in the external world, or at least the appearance of it. Our job title, our material possessions, the size of our bank account, our physical looks and fashion choices, the status of the people we associate with, such are the things that bring the validation that so many crave. But this excessive orientation to the world of people, places and things is not a healthy way to live for as Carl Jung writes:

“The man whose interests are all outside is never satisfied with what is necessary, but is perpetually hankering after something more and better which, true to his bias, he always seeks outside himself. He forgets completely that, for all his outward successes, he himself remains the same inwardly. . .Obviously the outward lives of men could do with a lot more bettering and beautifying, but those things lose their meaning when the inner man does not keep pace with them.”

Jung was no ascetic who denied the value of worldly success rather his point was that without a bettering and beautifying of the inner man, or what amounts to the state of our psyche, external success will leave us none the richer. We can surround ourselves with an opulence of material goods, we can attain the contemporary social-ideal of beauty and style, our peers can admire us, but if the inner man is neglected, misery and suffering will haunt our days, or as Jung explains:

“To be satiated with the “necessities” [of external success] is no doubt an inestimable source of happiness, yet the inner man continues to raise his claim, and this can be satisfied by no outward possessions. And the less this voice is heard in the chase after the brilliant things of this world, the more the inner man becomes a source of inexplicable misfortune and uncomprehended unhappiness in the midst of living conditions whose outcome was expected to be entirely different. The externalization of life turns to incurable suffering, because no one can understand why he should suffer from himself. . . That is the sickness of Western man. . .”

But if an excessive orientation to the external world and an accompanied neglect of our inner development is the sickness of the West, what is the cure? We should step off the path of conformity – as to conform means to seek social validation through the ideal of external success – and we should re-orient our life so as to bring more order, harmony, and strength to our psyche. We must in other words, live a more authentic life, a life that heeds the call of our inner man, or as the 16th century philosopher Michel de Montaigne explains:

“Whatever it be, whether art or nature, that has inscribed in us this condition of living by reference to others, it does us much more harm than good. We defraud ourselves out of what is actually useful to us in order to make appearances conform to common opinion. We care less about the real truth of our inner selves than about how we are known to the public.”

But to be one of the few who stops living by reference to others necessitates a diminished fear of ridicule, rejection and the disapproval of others. For one who fears such things will remain a conformist and thereby forever susceptible to the sickness of which Jung spoke. And so, in recognition that a fear is best diminished by exposure to the feared object we can turn to the ancient philosophical practice of intentionally behaving in ways that elicit social disapproval. The Roman Senator Cato, a follower of Stoic philosophy, who lived in the first century BC was an advocate of this practice and as William Irvine writes in his book A Guide to the Good Life: The Ancient Art of Stoic Joy:

“[One] way to overcome our obsession with winning the admiration of other people is to go out of our way to do things likely to trigger their disdain. . . .Cato made a point of ignoring the dictates of fashion. . .According to Plutarch, Cato did this not because he “sought vainglory”; to the contrary , he dressed differently in order to accustom himself “to be ashamed only of what was really shameful, and to ignore men’s low opinion of other things.” In other words, Cato consciously did things to trigger the disdain of other people simply so he could practice ignoring their disdain.”

William Irvine, A Guide to the Good Life: The Ancient Art of Stoic Joy

Another famous figure who engaged in this practice was Diogenes the Cynic who lived in the 4th century BC. On an almost daily basis Diogenes took actions that evoked ridicule, rejection and disdain. As but one example, he would walk backward into theatres, against the flow of everyone who was exiting for the purpose of acclimating himself to acts of non-conformity. When he did this people would mock him and question his purpose to which he replied:

“Aren’t you ashamed that while you’re walking in the wrong direction in life, you scoff at me for walking backwards?”

Diogenes was so successful at detaching himself from any concern of what other people thought of him that he reached a level of freedom most can only dream of – the chains of other people’s opinions no longer constricted him, the burden of social validation did not weigh on him and instead of shaping his life to look good in the eyes of others, his sole purpose was to cultivate a greatness of self through mastery of body and mind.

“When someone said to Diogenes, ‘Most people laugh at you’, he replied, ‘And doubtless donkeys laugh at them; but just as they pay no heed to the donkeys, I pay none to them.’”

This approach to life did not result in Diogenes being looked down upon by all of his peers, rather many famous figures admired him – Alexander the Great was so impressed with his character that he stated:

“If I were not Alexander, I would like to be Diogenes!”

While the great Stoic philosopher Epictetus considered Diogenes to be the rare example of a real-life sage:

“But I can show you a free man, to save you from having to search any longer for an example. Diogenes was free.”

To move toward the ideal of a Diogenes we may find it useful to adopt the following mindset when engaging in our practice: we are not performing acts of non-conformity merely to look like a fool, nor to attract attention or annoy people. Our purpose is to learn more about human nature and more about our own potential. We are practicing what Nietzsche called “psychological observation” and so when our actions elicit ridicule or disapproval we can follow the advice of the philosopher Arthur Schopenhauer who counselled the following:

“If you come across any special trait of meanness or stupidity. .you must be careful not to let it annoy or distress you, but to look upon it merely as an addition to your knowledge – a new fact to be considered in studying the character of humanity. Your attitude towards it will be that of the mineralogist who stumbles upon a very characteristic specimen of a mineral.”

Another way to ease the sting of ridicule is to remember that very often the people who are quickest to judge and the most excessive with their insults, are those whose opinions matter least. They are not men and women of sound mind, but individuals consumed by the sickness of the West who use criticism as a means to project their misery and self-hate onto others, and as Epictetus wrote:

“Who are these people whose admiration you seek? Aren’t they the ones you are used to describing as mad? Well, then, is that what you want – to be admired by lunatics?”

This ancient philosophical practice of voluntarily exposing ourselves to ridicule and rejection will teach us an important lesson: the world does not end when someone shames us, and no harm really comes to us when others disapprove of our ways so long as we are comfortable with the actions we take. With time insults and negative judgements by other people will become mere empty words that may pass through our ears but do not disturb our mind. We will no longer feel compelled to live by reference to others and if we are then willing to listen to the call of our inner man or woman a greater life will open before us. Free of the fear ridicule, we will be free of the sickness of Western man.

“The greatest height of heroism to which an individual can attain is to know how to face ridicule; better still, to know how to make oneself ridiculous and not to shrink from the ridicule.” 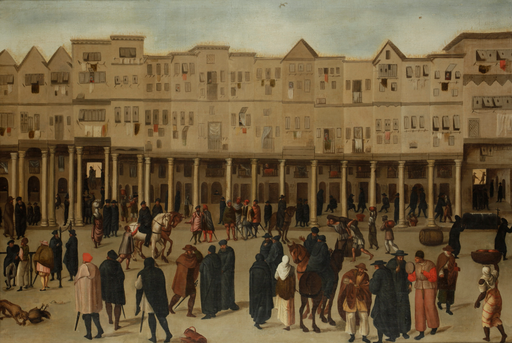 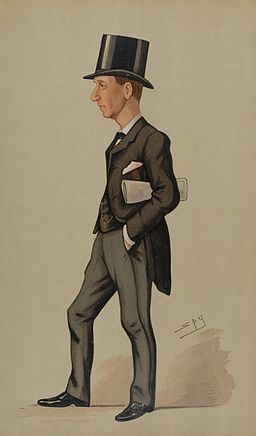 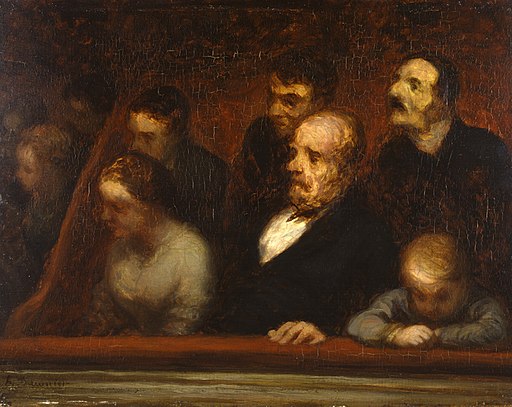 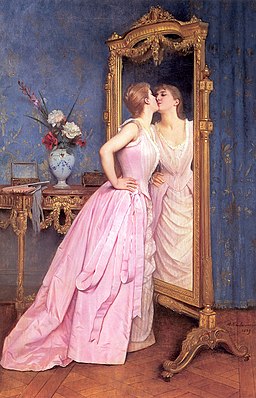 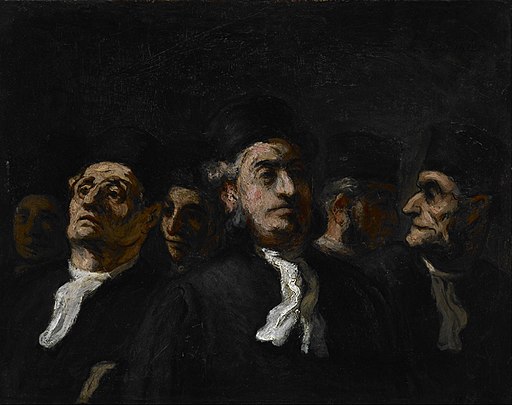 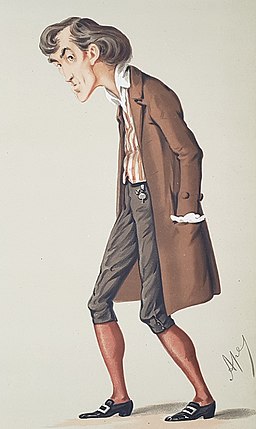 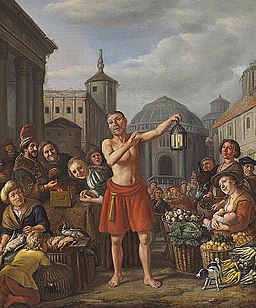 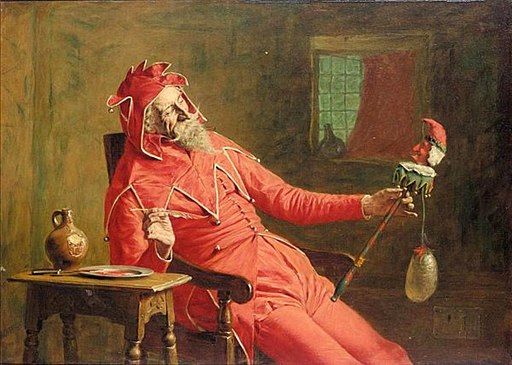 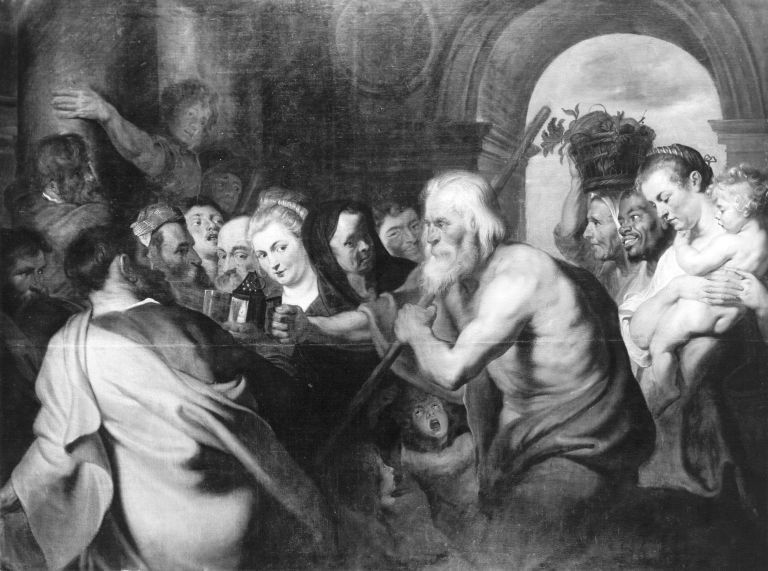 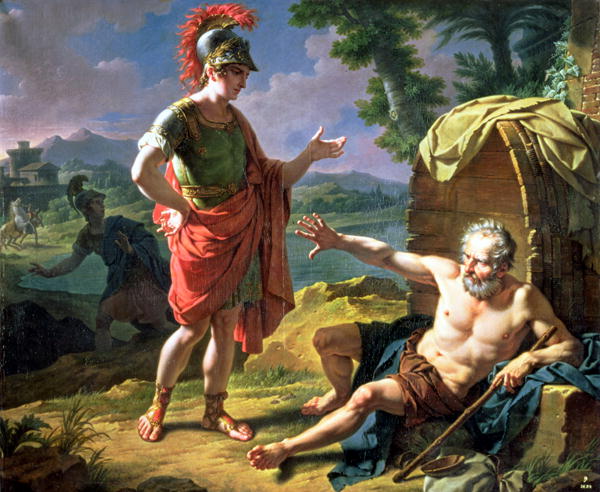 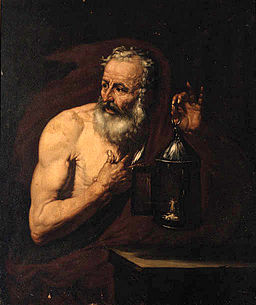 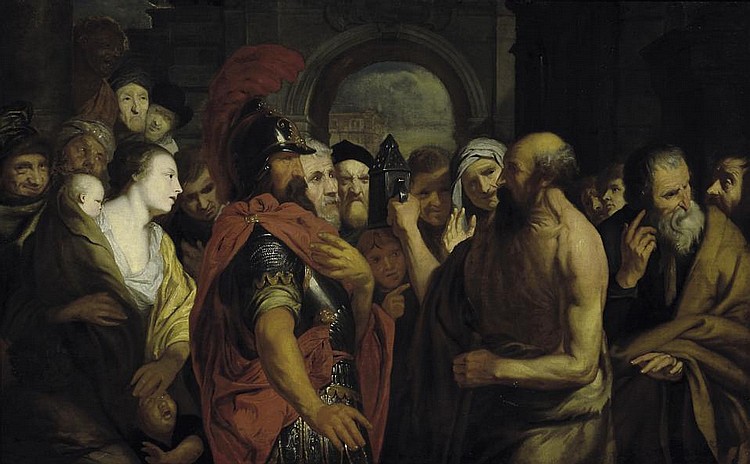 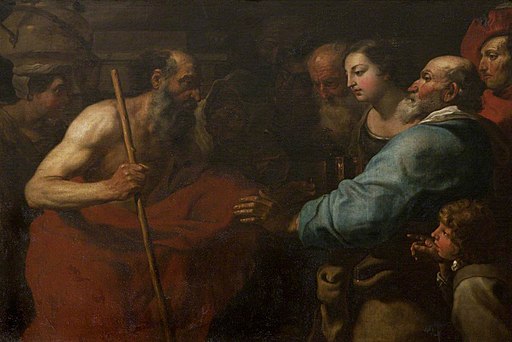 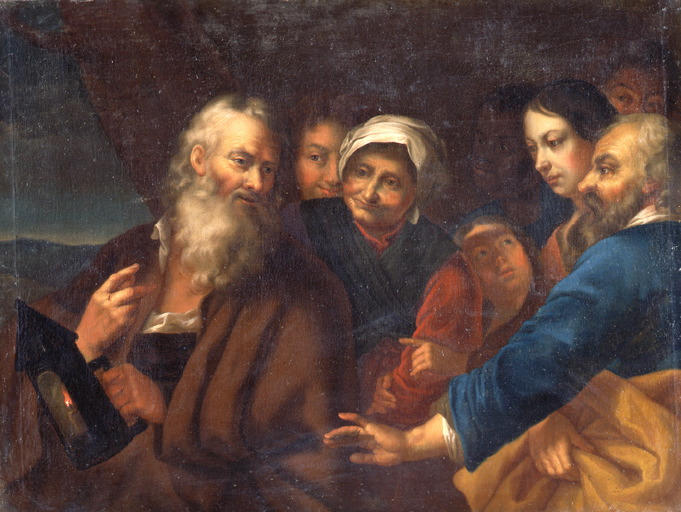 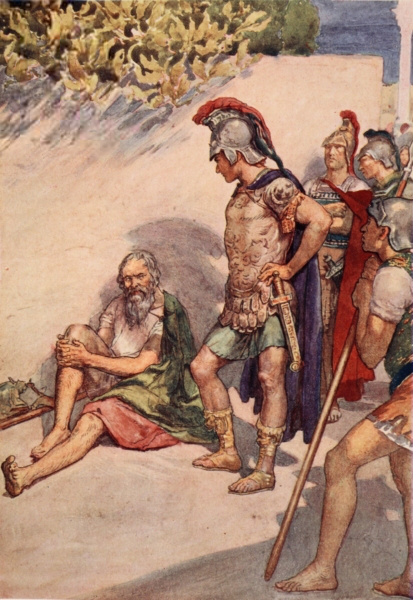 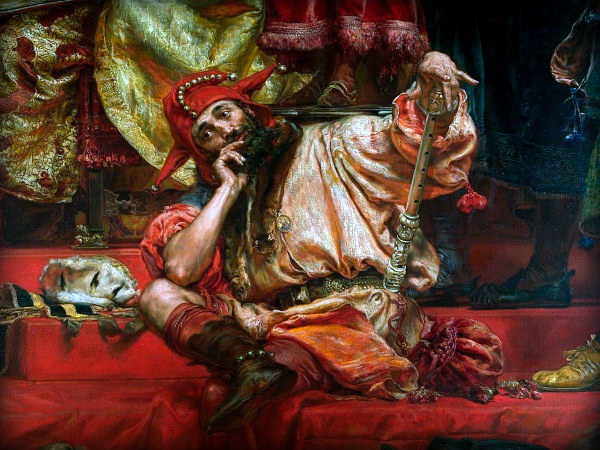 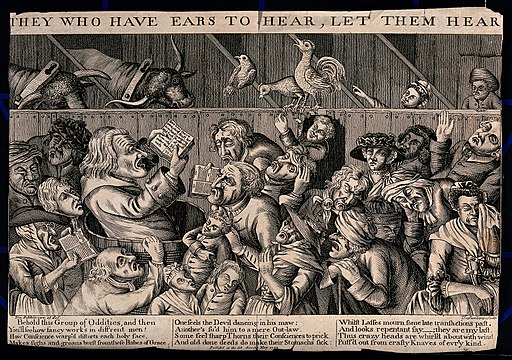 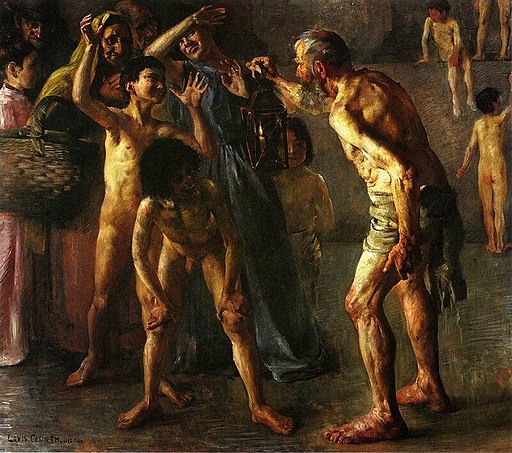 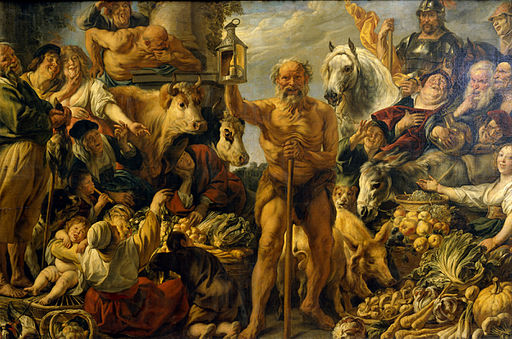