“When we appreciate how natural it is for man to strive to be a hero, how deeply it goes in his evolutionary and organismic constitution…then it is all the more curious how ignorant most of us are, consciously, of what we really want and need.”

One of the oldest stories on record is the Mesopotamian tale of the King Gilgamesh, who upon witnessing the unexpected death of his closest friend, becomes tormented by the realization that he too must die.

“How can I rest, how can I be at peace?” laments Gilgamesh. “Despair is in my heart. What my brother is now, that shall I be when I am dead…I am afraid of death.” (Epic of Gilgamesh)

Gilgamesh’s fear is so acute that his life turns into a quest for immortality in the hope of countering death’s approach. Gilgamesh begins his quest in search of a mythical elixir that will grant him bodily immortality, but he fails to attain what he seeks and so he turns to what he considers to be the next best thing: the “symbolic immortality” conferred by heroism. His body may perish, but so long as his name and legend remain, Gilgamesh will live on in a symbolic form. To attain this type immortality, he commits himself to great deeds that “all the world shall know of”, in order to, “stamp my name on men’s minds forever.”

While most people would agree that like Gilgamesh, they too fear death, few recognize that also, like Gilgamesh, they strive for heroism as a counter to this fear. The heroism that most of us participate in is not of the epic scale that defines Gilgamesh, and so is harder to detect. But according to Becker the reason we don’t recognize our heroism is because the form of it we seek is embedded into the value structure of our society. Society, in other words, is the vehicle on which most people pursue their heroism which explains why so many people are so protective of their social system, or as Becker explains:

“The fact is that this is what society is and always has been: a symbolic action system, a structure of statuses and roles, customs and rules for behavior, designed to serve as a vehicle for earthly heroism. Each script is somewhat unique, each culture has a different hero system.”

“mankind’s common instinct for reality…has always held the world to be essentially a theater for heroism.”

When it comes to the heroic scripts provided by a society, not all are equal. In fact, it can be argued that contemporary societies offer some of the worst heroic scripts the world has ever seen. For modern man, no longer steeped in the symbolism of religion and myth and having lost his connection to the rich roots of his cultural past, tends to strive for societal heroism in one of two ways: by going the way of the sheep or by participating in the race up the ladder of social success and status.

The first approach, the way of the sheep, entails conformity and unquestioning obedience, in short, it is acting like a good citizen by toeing the political agenda and party line. This may not seem like an effective path to heroism, as unquestioned obedience results in dehumanization and opens the way to a dystopic future. But this path to heroism does allow the sheep to identify with something felt to be more powerful and enduring than their small self, namely, the state, and so in the words of Becker:

The second approach to heroism is taken by those who feel they can lift themselves slightly above the other sheep by attaining status and wealth. In answering Becker’s question: “”what is my contribution to the world?”, or, “where do I rank as a hero?”” (Becker, The Ernest Becker Reader), the status-and-wealth obsessed individual goes the way of the peacock. They seek to accumulate consumer goods, more expensive cars and bigger homes, not just for practicality or enjoyment, but in the naïve hope that social status, likes and attention, can alleviate their existential fears.

“It is wrong to say that man is a peacock, if we mean thereby to belittle his urge to self-glorification, and make it seem a mere matter of vanity and self display. The constant harangue that we address to one another: “notice me,” “love me,” “esteem me” “value me,” would seem debasing and ignoble. But when we tally the sum of these efforts, the excruciating earnestness of them, the eternal grinding out of the inner newsreel, we can see that something really big is going on – really vital…”

Ernest Becker, The Birth and Death of Meaning

Man, however, cannot go the way of the sheep or the way of the peacock for too long without suffering consequences as these heroic scripts rank low on the scale of effectiveness. Our fear of death and the urge to heroism are too strong to be alleviated with conformity, consumerist-values and displays of vanity. And so, whether one centers one’s life around conformity or status-obsession and consumerism, or all of the above, Becker saw such as attempts at earthly heroism as doomed to struggle and fail:

“We disguise our struggle by piling up figures in a bank book to reflect privately our sense of heroic worth. Or by having a little better home in the neighborhood, a bigger car, brighter children. But underneath throbs the ache of cosmic specialness, no matter how we mask it in concerns of smaller scope.”

Given that the way of the sheep and the way of the peacock are ineffective as vehicles for earthly heroism, both precipitate psychological suffering.

“When the average person…cannot hide his failure to be his own hero, then he bogs down in the failure of depression and terrible guilt.”

In order to shine a light on the suffering that results from the failed heroics of the sheep and the peacock, we are going to draw from the wisdom of William James.

“We learn most about a thing” he wrote, “when we view it under a microscope, as it were, or in its most exaggerated form.”

If we learn most about a thing when we view it in its most exaggerated form, to understand the phenomenon of modern heroics and how it relates to psychological suffering, we can analyze a category of individuals who suffer most from the deficiencies of modern heroics, that is, in a manner that is “unmistakable and extreme.” (William James) And for this, there is no better category of individual than that of the anti-hero.

The anti-hero is the individual who has utterly failed in his attempts at social heroism, finding both the path of the sheep and the way of the peacock too difficult or too absurd to follow. The anti-hero’s problems are exacerbated in that he or she has also failed to discover an individualized solution to fill the void.

“I am a sick man…I am a wicked man. An unattractive man. I believe my liver is diseased…Not just wicked, no, I never even managed to become anything: neither wicked nor good, neither a scoundrel nor an honest man, neither a hero nor an insect. And now I am living out my life in my corner, taunting myself with the spiteful and utterly futile consolation that it is after all impossible for an intelligent man seriously to become anything, and only fools become something.”

Dostoevsky’s underground man is the quintessential anti-hero, but he is just one of many who began sprouting up in literature and media with ever more frequency beginning in the late 19th century; the time at which society started to become ever more tied to consumerism and the conformity engendered by bureaucratic paternalism. After unsuccessfully struggling all his life to become rich and well-liked, the main character from Arthur Miller’s 1949 Death of a Salesman confides, “I realized what a ridiculous lie my whole life has been.” (Arthur Miller, Death of a Salesman); echoing some of the passages from the 2019 rendition of the Joker, the latest anti-hero to come on the cultural scene.

In not only rejecting the socially-accepted heroic scripts but in renouncing the need for heroism altogether, the anti-hero has no choice but to play the role of the victim, which the psychologist James Hillman called the “flip side of hero” (James Hillman, The Soul’s Code).

In the dark underground and morally corrupted corners of his mind, the anti-hero consoles himself by blaming someone or something – anything – for his inability to taste the heroism that could validate his degraded self. He convinces himself he has been kicked to the curb by family or peers, alienated by society, oppressed by the economic system, or burdened with psychological defects.

But whatever variant, the victim-narrative the anti-hero adopts leads to the same outcome.  The anti-hero’s life becomes meaningless and the paths that could redeem him are negated as he believes that the forces oppressing him are too strong to counter. In his book The Sound and the Fury, William Faulkner encapsulated the victim mentality of the anti-hero:

“. . .no battle is ever won…They are not even fought. The field [of life] only reveals to man his own folly and despair, and victory is an illusion of philosophers and fools.”

William Faulkner, The Sound and the Fury

Many will look down from a psychological distance upon the figure of the anti-hero and feel compassion, or perhaps disgust. But sometimes psychological health and success in life demands we be brutally honest in our self-assessment. And towards this end, we may do well to recognize that there is – at the very least – a little of the anti-hero in each of us. The Russian critic Viktor Shklovsky suggested that Dostoevsky left his underground man nameless and had him speak in the singular first person, “because he is all of us”.

But just as the anti-hero exists within us, so too does the hero, or as Becker wrote:

“The urge to heroism is natural, and to admit it honest.”

We are a battleground of these two opposing life-tendencies, the anti-hero and the hero, and so our fate depends on which tendency we starve, and which we feed.

For those who would prefer to starve the anti-hero and strengthen the hero, in the next video we are going to focus on the psychology of the hero. Specifically, we will outline an effective path to heroism that can replace the way of the peacock and the sheep. And we will examine why the admiration and emulation of the great heroes, of past and present, can promote our own quest to live an authentically heroic life.

“The search after the great man is the dream of youth and the most serious occupation of manhood.”

For even the underground man, in some of his more sober moments, felt the ache of the irrepressible urge to heroism, inciting him to seek a better life.

“I know myself that it is not underground that is better, but something different, quite different, for which I am thirsting, but which I cannot find! Damn underground!” 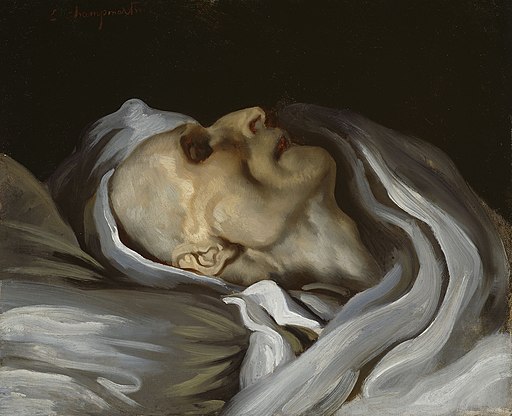 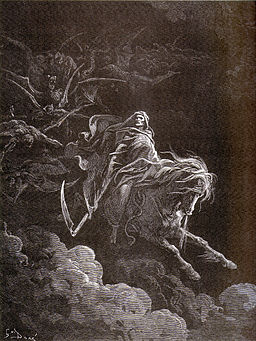 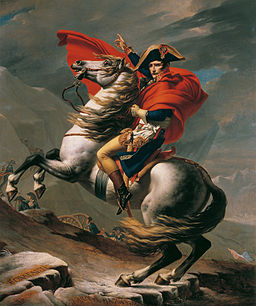 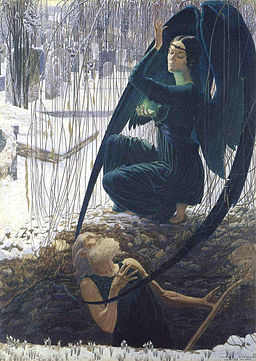 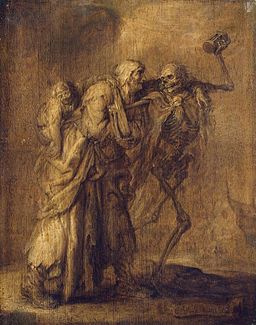 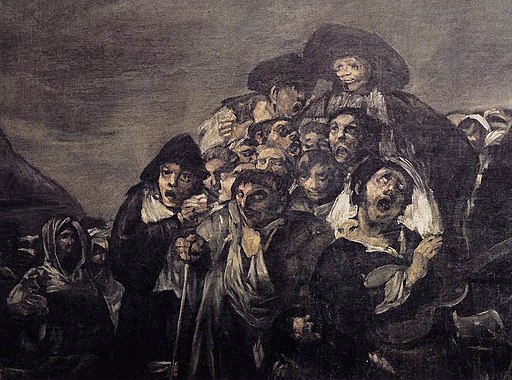 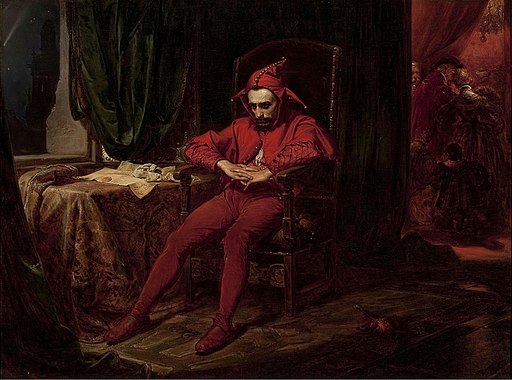 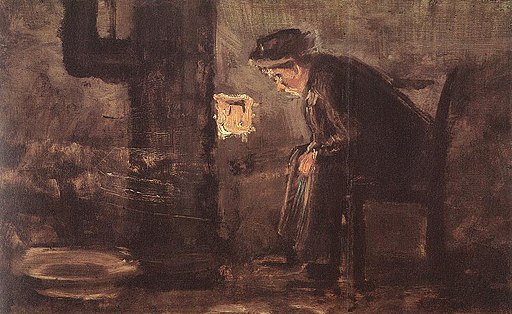 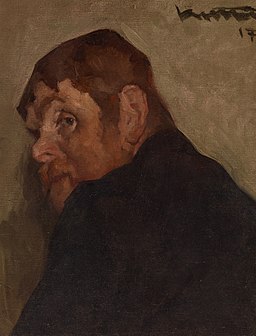 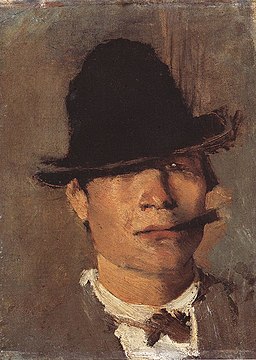 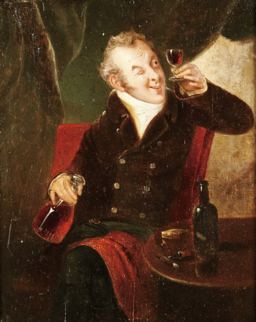 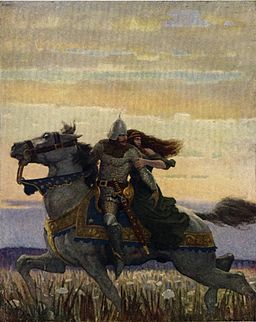 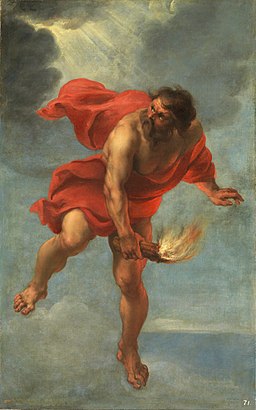 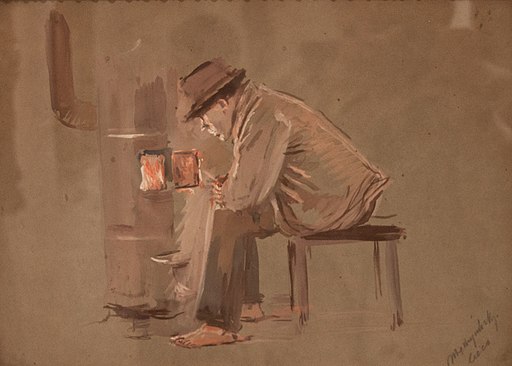