Carl Jung and the Psychology of the Man-Child

To watch the rest of this video series – and all our Membership Videos – become a Supporting Member!

“Man cannot discover new oceans unless he has the courage to lose sight of the shore.”

Marie-Louis von Franz, a Swiss psychologist, noticed a disturbing trend in the mid-20th century – many men and women who were well into their adult years remained psychologically stunted in their maturation. They occupied the bodies of adults, but their mental development failed to keep pace. on Franz saw this as such a pressing issue that in 1959 she gave a series of lectures on the psychology of the Puer Aeternus, which is Latin for “eternal child”. While originally this term was used in mythology to refer to a child god who remains forever young, her teacher Carl Jung had adopted the term for psychological purposes to describe the individual who, like Peter Pan, fails to grow up. In one of her lectures von Franz describes the puer aeternus as the individual who:

“…remains too long in adolescent psychology; that is, all those characteristics that are normal in a youth of seventeen or eighteen are continued into later life, coupled in most cases with too great a dependence on the mother.”

Marie-Louis von Franz, The Problem of the Puer Aeternus

Von Franz predicted that in the coming decades what she called “the problem of the puer aeternus” would spread across the world and affect more and more individuals. Her predictions have proven remarkably accurate – especially among the male population of the Western world. Many young men are struggling academically, socially, spiritually, financially, and sexually. They are living at home into their late 20s and 30s, choosing to remain in the comforting confines of their parents’ care rather than testing the unknown waters of independence. Instead of striving to create something of themselves, many prefer the familiar and comfortable virtual worlds of internet, pornography, and video games. They are passive wanderers in life with no path or purpose, save the pursuit of momentary pleasure to ease their suffering. Based on the scope of this problem, it would not be far fetched to claim that the problem of the puer aeternus is the primary neurosis of the modern age.

The purpose of this course is to provide an antidote to those who suffer from this problem. To do this, we are going to provide an in-depth psychological analysis of the puer aeternus, and building on insights from Carl Jung, Soren Kierkegaard, von Franz, and others, provide practical advice on how to commence on a more responsible, enriching, successful, and independent life path.

Before we examine the psychology of the puer aeternus, it is necessary to take note of the conditions which have given rise to this social problem, and toward this end we must discuss how a strong mother complex stunts the maturation of many today – for as von Franz notes:

“A man who has a mother complex will always have to contend with his tendencies toward becoming a puer aeternus.”

Marie-Louis von Franz, The Problem of the Puer Aeternus

Throughout our evolutionary history the mother and father have assumed different parental roles. Mothers have always interacted with their children more than fathers. They maintain more physical contact and are more nurturing, comforting, and empathetic to the physical and emotional pains and needs of the child. This extremely intimate and close relationship with the mother-figure creates in the child a lasting emotional mark, or a highly resistant psychological bond psychologists call a “mother complex”:

“The child’s experience of the mother is internalized as a complex; an emotionally charged cluster of energy beyond the control of the ego.”

Fathers do not create this same bond of dependency with the child. Instead, their role, has traditionally been to provide the developing child with resources and protection, but just as importantly with guidance. More specifically, the role of the father has been to help the child break free from their bond of dependency with the mother and so help him emerge into the world as an independent and functional adult.

In most cultures throughout history individuals transitioned from adolescence to adulthood with the help of initiatory rites of passage. The primary goal of all initiatory rites of passage, cross-culturally, was to separate the youth from his mother, first physically, and then psychologically. These rites were performed shortly after the onset of puberty, and were instituted solely by the elder males of the tribe, the “cultural fathers”. Women were generally banned from observing or participating in these rituals.

A typical rite of passage, as explained by Mircea Eliade in his book Rites and Symbols of Initiation, proceeded as follows. In the middle of the night, the “cultural fathers” of the tribe, dressed as gods or demons, would snatch the youth from his bed. This was the last time the youth would see his mother, sometimes for months. The youth would be taken to a deep cave, buried alive, or else plunged into some other sort of literal, or symbolic darkness. This stage represented the symbolic death of the youth’s childhood: the loss of paradise and the joys of irresponsibility. It was meant to the convey to the youth the message:

Following the symbolic death of childhood, a ceremony of rebirth would be performed, marking the young adult’s transformation to a more mature state of being. He was subsequently taught by the elders the wisdom and knowledge of the tribe, and then sent off into the wilderness where he would spend many months alone struggling for his survival. Upon his successful return, he was welcomed back into the tribe as an adult member. The youth, from that point on, was expected to have overcome his “mother complex”; immaturity and dependency were no longer acceptable.

Given the intensity and sometimes violent nature of these initiation processes, it appears as if our ancestors understood that separating a young boy from his mother was a monumental task requiring deliberate measures. In the West today, there is no equivalent for these rites of passage.

“It has often been said that one of the characteristics of the modern world is the disappearance of any meaningful rites of initiation.”

Lacking “cultural fathers” and rites of initiation, the youth today must turn to their personal father to provide them with initiation into adulthood. But unfortunately, not all fathers can supply their children with this guidance, for to do so, the father must be strong and independent himself and emotionally present in the child’s life. He must be able to show, by example, that there is something worth seeking and struggling for in this world; for to successfully encourage a young man to break from the comforts of childhood, he needs to be convinced there is somewhere worth going.

“Sons also need to watch their father in the world. They need him to show them how to be in the world, how to work, how to bounce back from adversity…They need the activation of their inherent masculinity both by outer modeling and by direct affirmation.”

In his book Finding Our Fathers, Sam Osheron cites an expansive study in which only 17% of American men  reported having a positive relationship with their father during their youth. In most cases the father was physically or emotionally absent. Reflecting on this statistic, the psychotherapist James Hollis writes:

“If this amazing statistic is even close to the truth, something large and tragic has happened to one of the critical balances of nature.”

A disruption in a critical balance of human nature is exactly what has happened. We live in the epoch of the absent father, and many suffer greatly as a result. Young men are expected to leave the comforts of home, to overcome their mother complex, and to sculpt a life worth living all without the psychological support of a father. Is it any wonder that the problem of the puer aeternus is so prominent in our time?

But the effects of an absent father are worsened by the impact this situation has on the mother. For it produces a situation where, firstly, the mother tends to become more authoritative in her parenting to compensate for the lack of a masculine figure in the child’s life. And secondly, a failure on the part of the father to provide the mother with love and support creates in her an emotional hunger which she attempts to satiate through her relationship with her child. This situation creates the perfect storm whereby the mother becomes what Jungians call a “devouring mother”. She overprotects and smothers her child and becomes involved in every aspect of his life. It is often the case that such a mother, despite having the best intentions, unconsciously manipulates her child into remaining dependent on her well into adulthood. And it is often the case that the child willingly complies.

“Behold the secret conspiracy between mother and son, and how each helps the other to betray life.”

A child brought up in this manner, and thus never granted the opportunity to venture out on his own, to stand up for himself, to fail and fix his own mistakes, or to make decisions for himself, will develop into an adult crippled in his capacity to endure and overcome the inevitable challenges and struggles of life. The healthy desire to adapt himself to reality and to individuate, both of which entail fear, pain and conflict, will be replaced by his need to remain bounded to his mother, whether it be his personal mother or a symbolic substitute in the world. If he does not remain dependent on his biological mother, he may desperately seek to find in other women a nurturing replacement, or else lose himself in the comforting embrace of an addiction. In other words, when a child emerges into adulthood with a strong mother complex, he will not seek to develop his independence and evolve his consciousness but rather will be possessed by what Jung called

“…the spirit of regression, [which] threatens us with bondage to the mother and with dissolution and extinction in the unconscious.”

He will find himself in the service of sleep, and not the battle of life.

“…he hopes to be caught, sucked in, enveloped, and devoured. He seeks, as it were, the protecting, nourishing, charmed circle of the mother, the condition of the infant released from every care…No wonder the real world vanishes from sight!”

In the next video we’ll provide an in-depth analysis of the psychology of the puer aeternus. Following this, we’ll explore how the puer can overcome his problems in order to lead a more independent and fulfilling life. 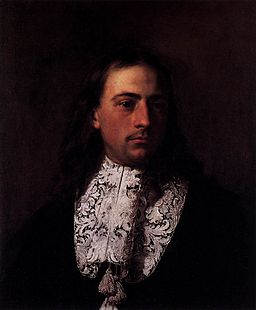 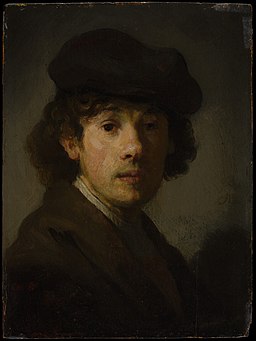 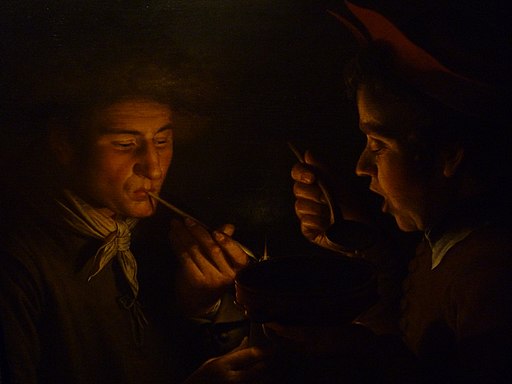 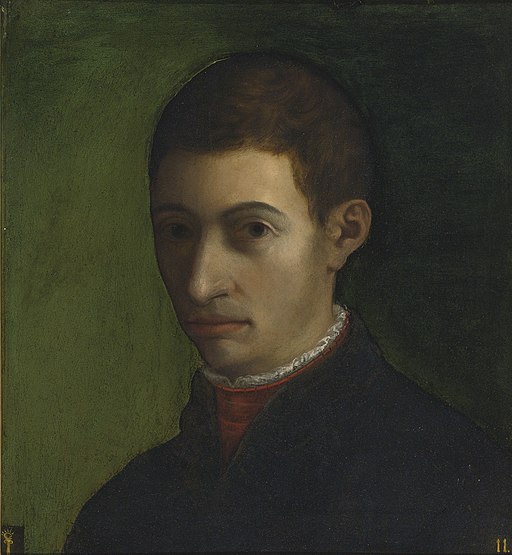 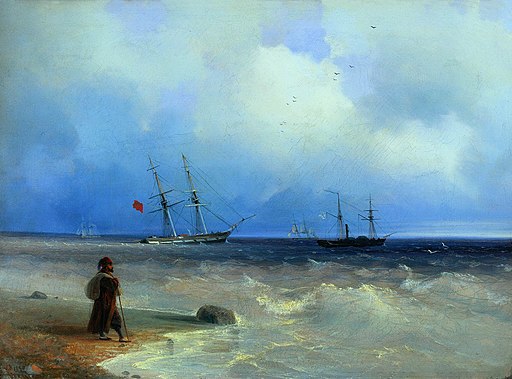 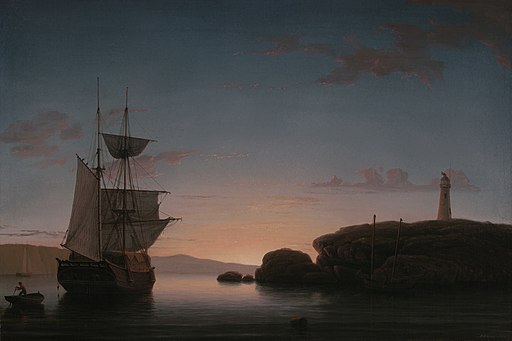 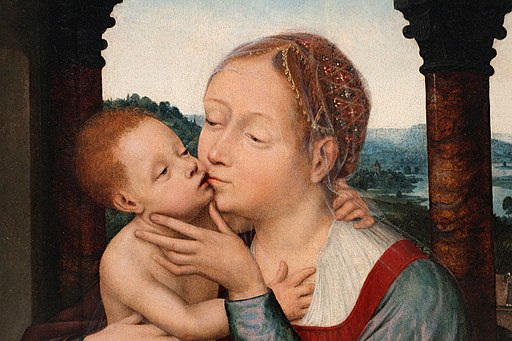 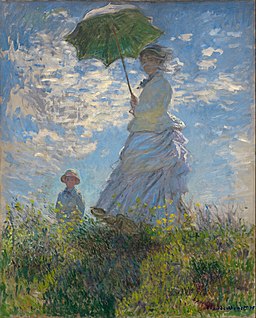 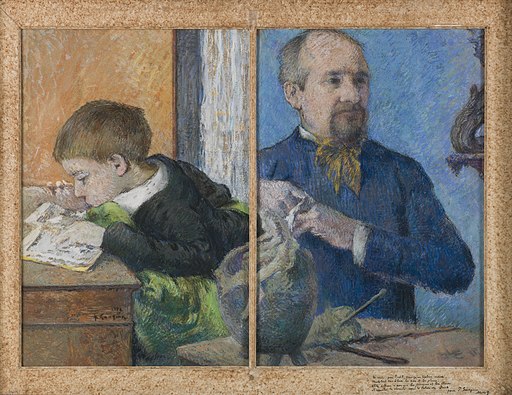 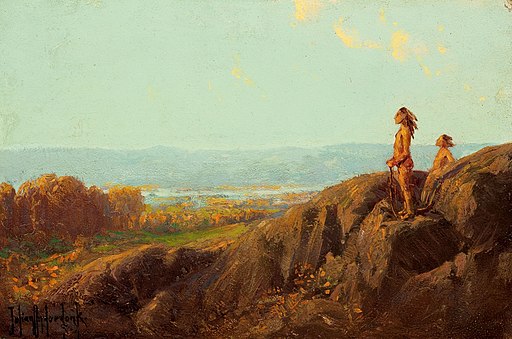 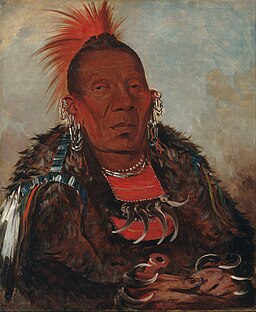 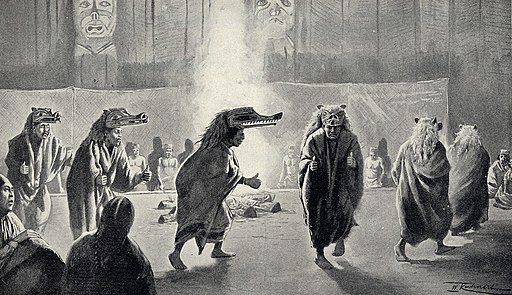 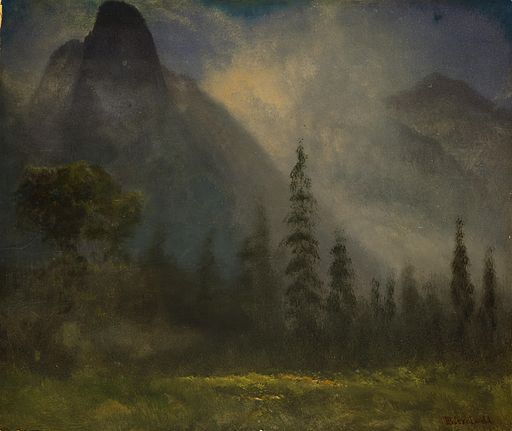 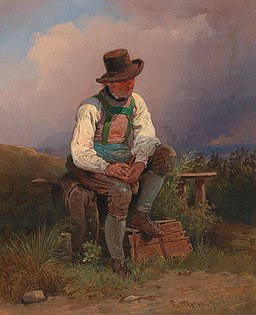 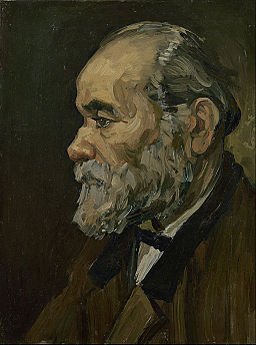 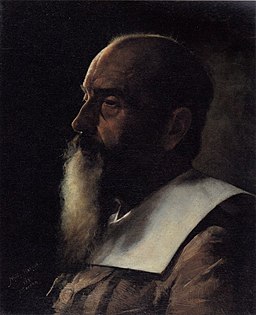 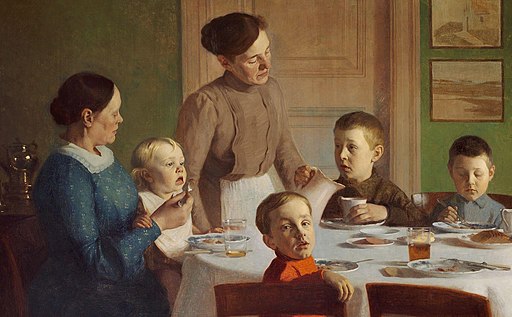 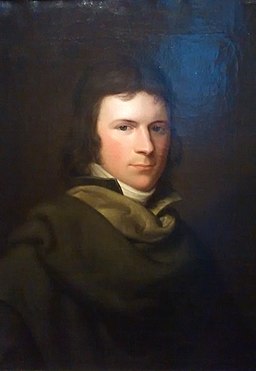 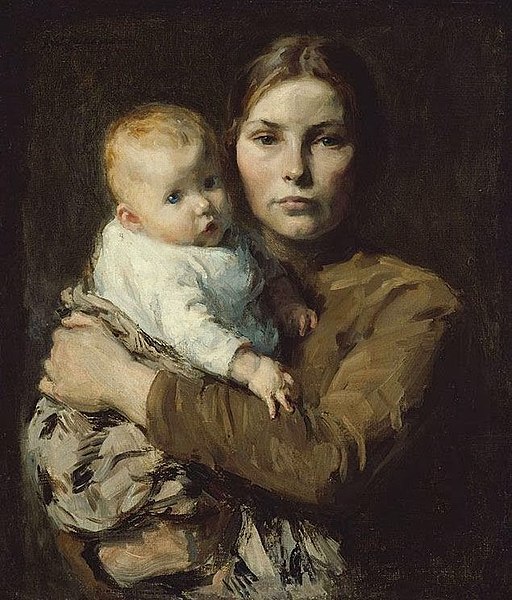 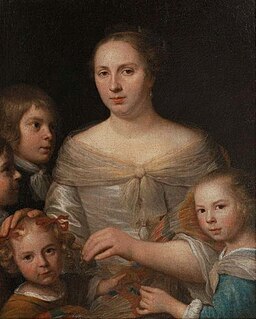 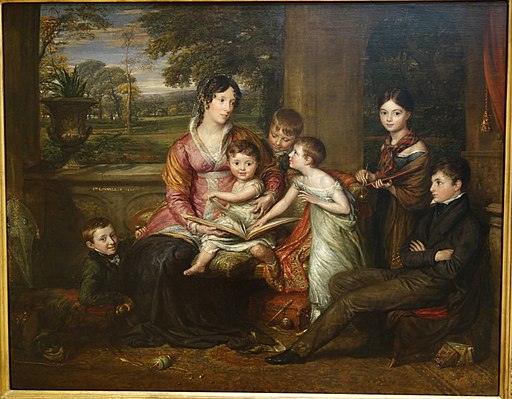 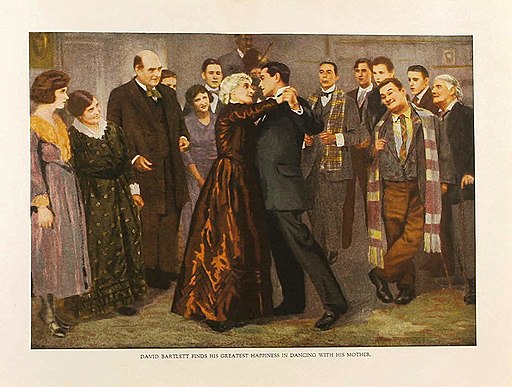 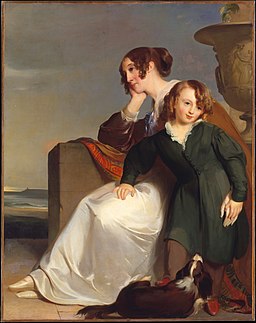 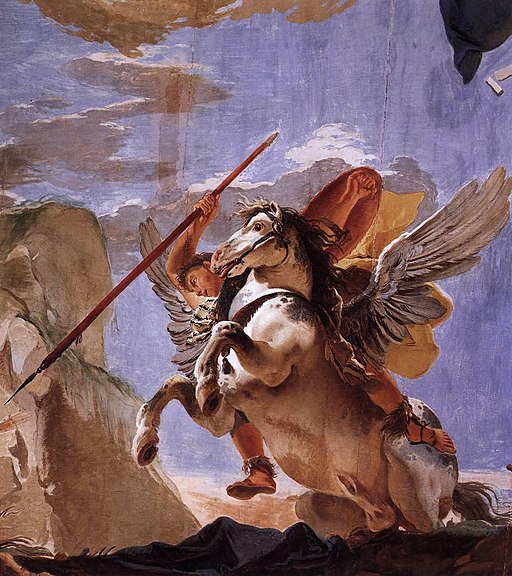 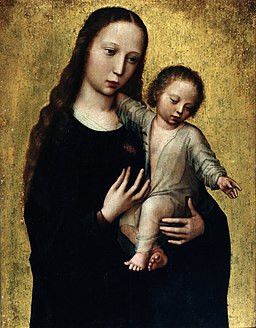 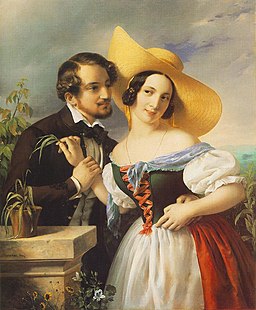 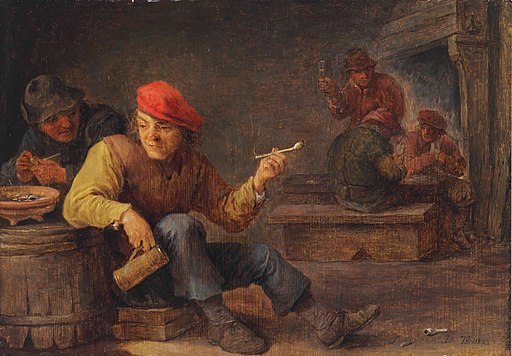 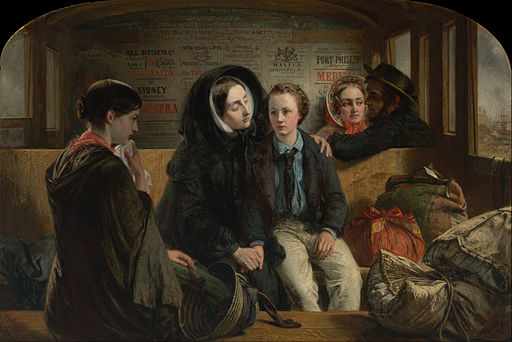 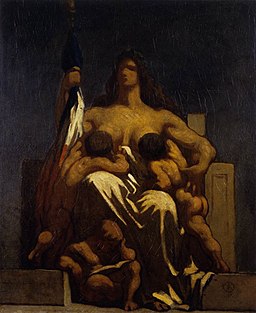 Carl Jung and the Psychology of the Man-Child