Social Media and The Psychology of Loneliness

“All man’s history is an endeavor to shatter his loneliness.” (Norman Cousins, Modern Man is Obsolete)

In today’s world, with all the technologies built to connect us, loneliness, one would think, would be easily shattered. But the more we get drawn into the virtual worlds of social media, the worse we tend to feel. To account for this it is suggested that the medium is the problem. We have become over-reliant on connecting through our devices at the expense of more traditional ways of social interaction. But while there is likely some truth to this assertion, in this video we are going to put forth the argument that it is an inner emptiness, or the lack of a well-defined and effectual sense of self, that is the root cause of the loneliness experienced by so many in our day.

One’s sense of self can be seen as existing on a spectrum. On the one side of this spectrum are those with a strong sense of self, such people feel they have a place in the world, they know what they want with their lives and they take the necessary actions to move in the direction of their goals. On the other side of the spectrum are those with a weak sense of self, these are the empty men and women. Such individuals lack a clear conception of what they want with their life, they have no long-term goals around which to structure their days, and so they feel powerless to positively influence their situation. These people tend to drift through life in a passive manner, they follow the path of least resistance, and are often crippled by existential doubts.

This problem of emptiness, which now afflicts so many in the West, is a symptom of a society in a period of flux. For one’s selfhood, or lack thereof, is influenced by the social structures of one’s day. In the West many of the institutions which in the past helped people find their place in the world have fallen to the way side. The decline of Christianity, for example, has left the West lacking a religious or cultural myth to which people can turn to in order to find a place in this world and a meaning to their life. The growth of the state has also been a force which has contributed to this pathology of emptiness. For the rise of the state has led to the destruction of smaller communities and the degradation of the family unit, which for millennia have been integral forces in the development of one’s selfhood.

But what has really exacerbated this problem for the younger generations are unfavourable economic conditions. For even if one struggled to find a deeper meaning to their life in the mid- to late-20th century, at least one could fall back on the so-called American dream and by establishing a stable career, purchasing a home, and raising a family one could develop a more or less adequate sense of self. But for the most part this dream is dead and the confluence of all these forces has created a society full of hollow men and women.

A society inflicted by a pathology of emptiness is also a society full of anxiety ridden individuals. For if we feel our self to be powerless to exert control over our life and uncertain of our ability to face up to the challenges of our environment, then anxiety is a natural response. And for the hollow man this anxiety is most strongly felt during periods of solitude. If we have no other people around to lean on, or to distract us, then our thoughts turn inward and this leads the hollow among us to become aware of their inner void. Therefore, unlike an individual with a strong and individuated sense of self, for whom periods of solitude can be rejuvenating, solitude for the hollow man is experienced as a painful loneliness and something he must flee from.

In generations past, the hollow man would turn to the comfort and security of friends and family, or take part in social events, to avoid the anxiety that was triggered in times of solitude. But in the present day we don’t even need to leave the comfort of our home to find the social connections necessary to block out awareness of our emptiness. Instead we merely need to turn to the comforting glow of our phones and immerse ourselves in the virtual worlds of social media. We can even go as far as to construct a pseudo-self to mask over our empty nature. By selectively posting bits of information about our life online we can pretend to be someone we are not and feed off the social validation offered by the others who participate in this game.

This defensive mechanism, used by the hollow man or woman, whereby they flee to the comfort of the crowd to avoid the anxiety triggered in times of solitude, is also utilized by pre-psychotic individuals in the attempt to avoid a psychotic break. In his magnus opus Interpretation of Schizophrenia Silvano Arieti describes how this process unfolds in the case of schizophrenics:

“In some cases [schizophrenia] starts with a period of confusion, excitement, and agitation. The patient seems to be eager to make contacts, to reach all the people he knows, to reconnect himself with what seems to him an escaping world. He searches for something that he cannot find.” (Silvano Arieti, Interpretation of Schizophrenia)

What the schizophrenic is searching for is also what the hollow man lacks – a secure sense of self. “In its extreme form,” writes the psychologist Rollo May, “this fear of losing one’s [self] is the fear of psychosis.”  (Rollo May, Man’s Search for Himself) The outward turn to the security of the social world usually fails to protect one on the cusp of a psychotic break, and so too does the outward turn to the world of social media ultimately fail to protect the hollow man from his anxiety and loneliness. This solution is like placing a band-aid on a gunshot wound, as the social validation that is gained through social media use is as empty as the people who grant it. For as Rollo May noted in his book Man’s Search for Himself the hollow among us “are bound to become more lonely no matter how much they “lean together”; for hollow people do not have a base from which to learn to love.”(Rollo May, Man’s Search for Himself) But what makes this defense against emptiness particularly harmful is that it prevents people from taking the necessary steps to address their lack of a self.

“The human being cannot live in a condition of emptiness for very long: if he is not growing toward something, he does not merely stagnate; the pent-up potentialities turn into morbidity and despair, and eventually into destructive activities.” (Rollo May, Man’s Search for Himself)

The true antidote to an inner emptiness is to discover what we truly want with our life and to take the actions necessary to bring that self, and life, into existence. To accomplish this, we must be willing to face up to our loneliness and the anxiety which accompanies it – for loneliness as Edward Edinger put it in his book Ego and Archetype is “a precursor to the positive experience of aloneness.” (Edward Edinger) And it is in periods of aloneness that we can begin to learn who we are and what we want with our life. This process is epitomized by the archetype of the hero’s journey, or as Joseph Campbell explains:

“The call is to leave a certain social situation, move into your own loneliness and find the jewel, the center that’s impossible to find when you’re socially engaged. . .This is the departure when the hero feels something has been lost and goes to find it. . .The first step, detachment or withdrawal, consists in a radical transfer of emphasis from the external to the internal world. . .a retreat from the desperations of the waste land to the peace of the everlasting realm that is within. But this realm, as we know from psychoanalysis, is precisely the infantile unconscious. It is the realm that we enter in sleep. We carry it within ourselves forever. . . all the life-potentialities that we never managed to bring to adult realization, those other portions of our self, are there; for such golden seeds do not die.” (Joseph Campbell, A Joseph Campbell Companion: Reflections on the Art of Living)

Facing up to our aloneness, and cultivating the golden seeds of our being, is no easy task as it requires that we take the bold step of diminishing our need for social validation. For to develop a strong sense of self we must distinguish ourselves psychologically from our peers. Each of us is unique, we have different innate talents, likes, and dislikes, and so as we strengthen our sense of self it is inevitable that we will become less like those around us.

But we must not think that this process will turn us into outsiders who reject the social world. Rather those who cultivate a strong sense of self only improve their social skills and enrich their relationships. For a person who possesses the inner strength associated with a well-defined self will not be held back in their social interactions by anxiety or the need for validation. Instead a strong sense of self will free us to behave with spontaneity, which is one of the most attractive of human characteristics. And as the etymology of the word implies, acting spontaneously means acting in accordance with our will, something that is only possible after we have developed a strong sense of self.

If we dare to take this journey not everyone will approve and some of the people who we considered friends may even treat us with disdain. For to see a man move beyond the chains of his emptiness only makes the hollow man more aware of his barren nature.

“Injustice and filth they throw after the lonely one: but, my brother, if you would be a star, you must not shine less for them because of that. And beware of the good and the just! They like to crucify those who invent their own virtue for themselves—they hate the lonely one.” (Nietzsche, Thus Spoke Zarathustra) 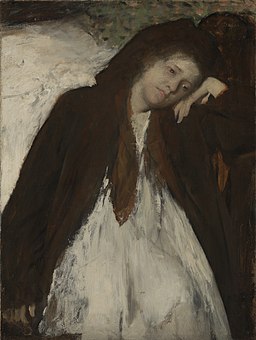 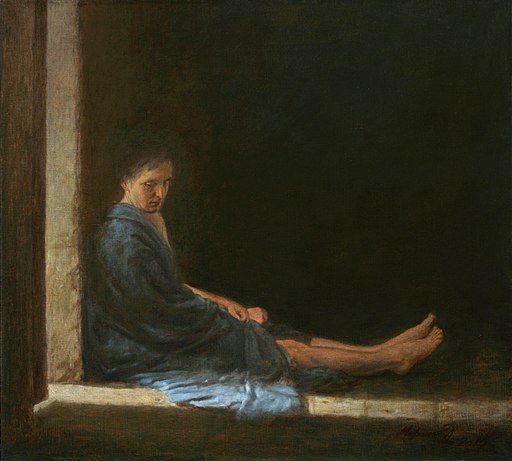 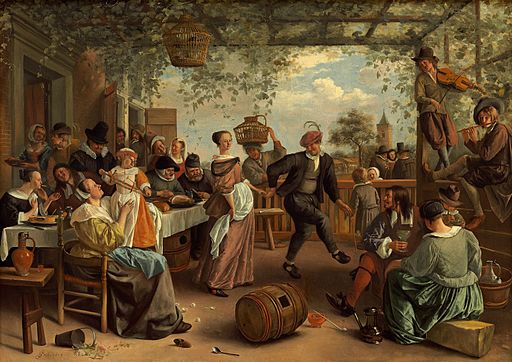 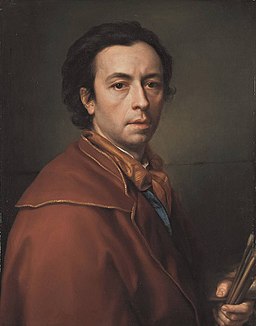 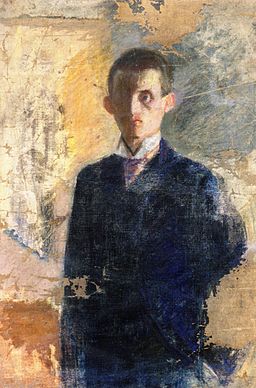 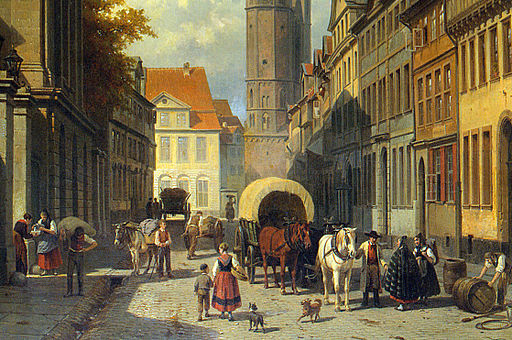 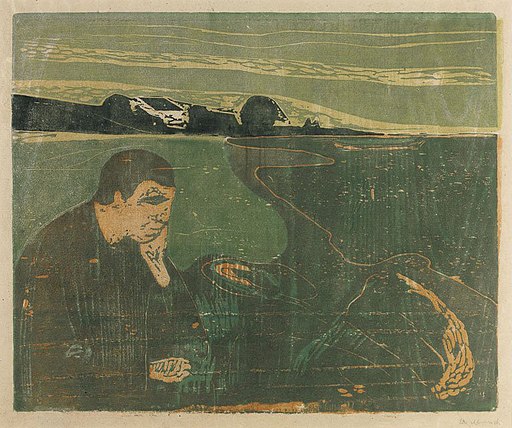 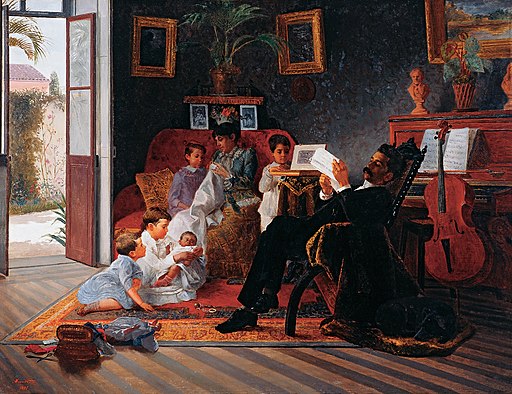 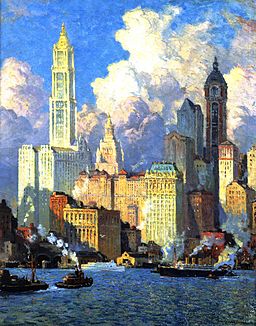 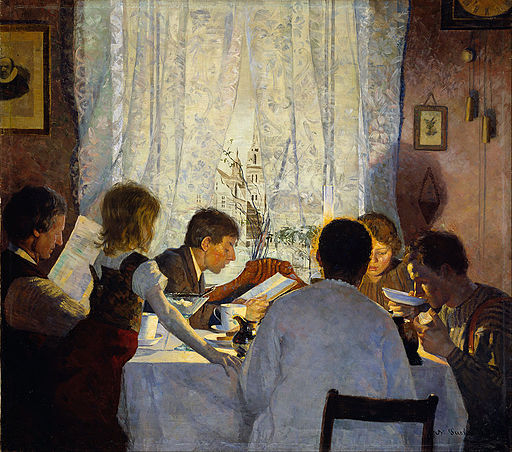 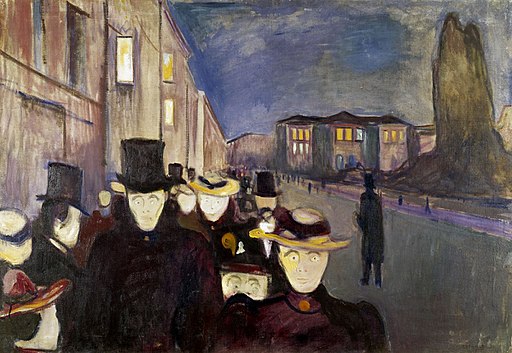 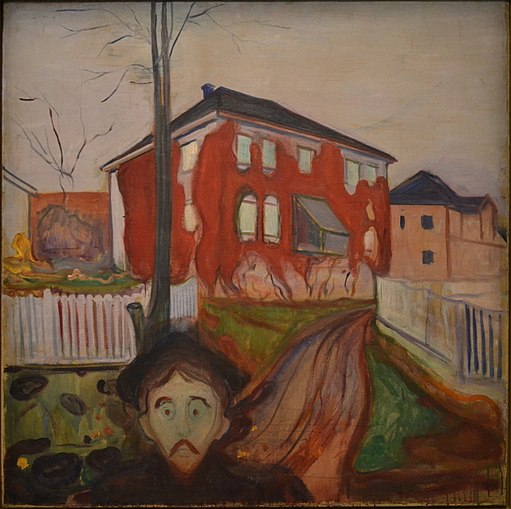 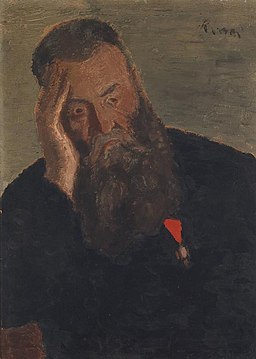 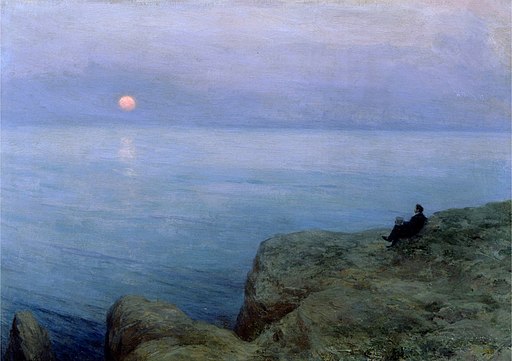 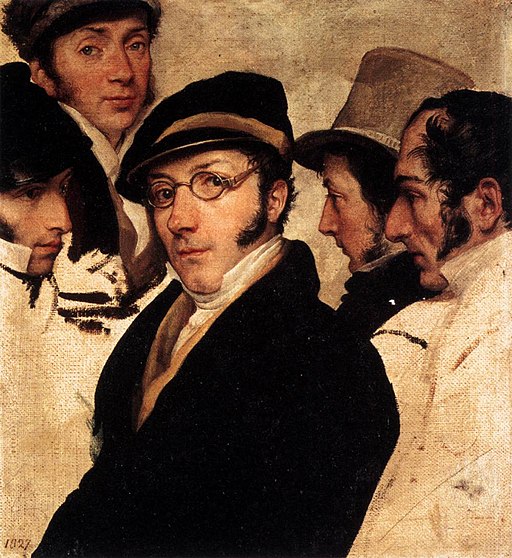 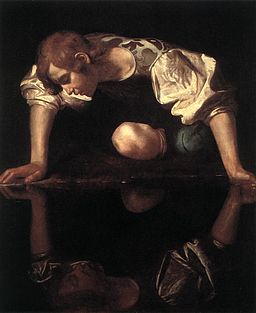 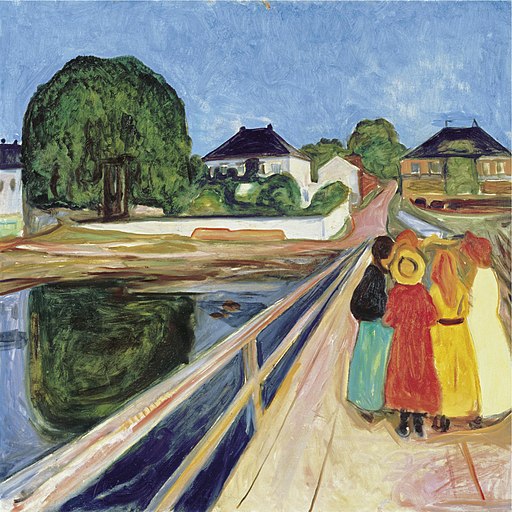 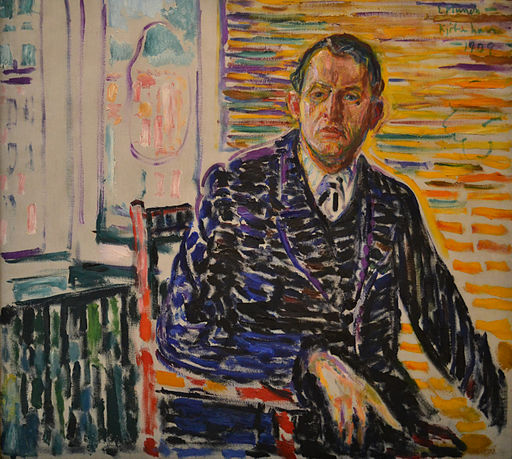 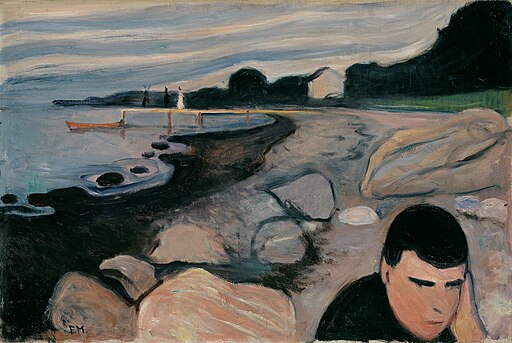 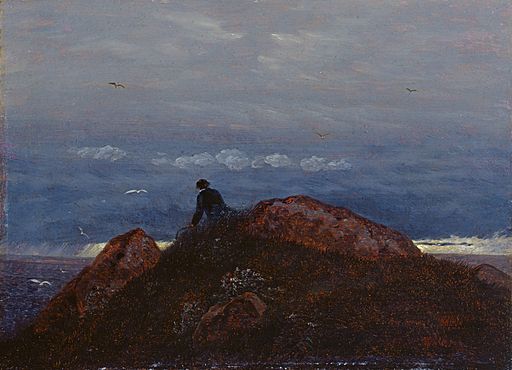 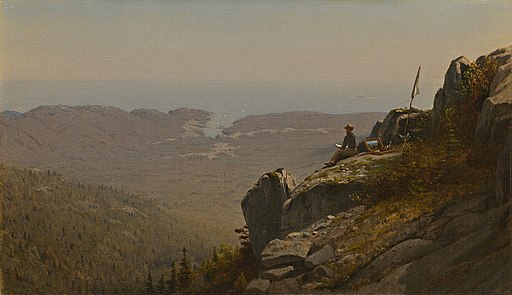 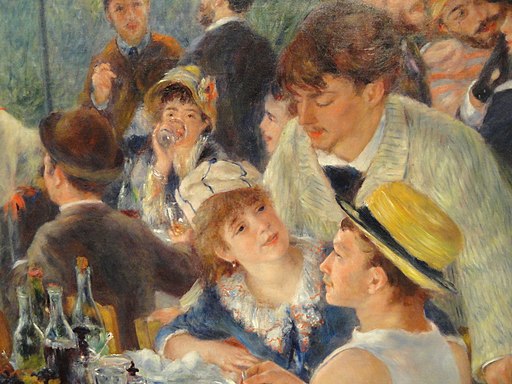 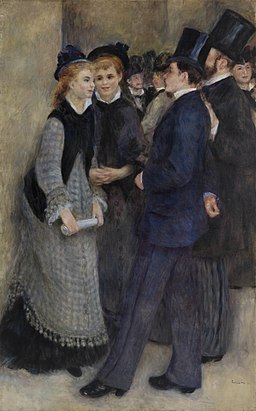 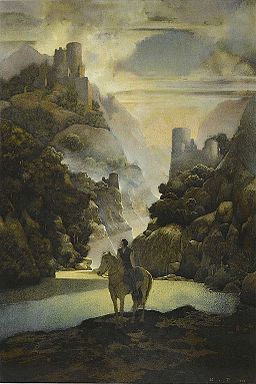 Social Media and The Psychology of Loneliness