How We Enslave Ourselves

Since the birth of civilization, tyrannical rulers have plagued mankind. Driven by an insatiable appetite for power such individuals have done their best to control both the minds and bodies of their subjects. Seen in this light, the history of civilization is very much a history of varying degrees of human enslavement.

Especially in the case of more authoritarian regimes, it has been common to assume that the masses are purely victims in their enslavement, unable to mount any form of resistance due to the threat of force wielded by those in power. In the 16th century, the French philosopher Etienne de La Boétie challenged this view in his essay The Discourse on Voluntary Servitude. All governments, he argued, including the most tyrannical, can only rule for extended durations if they have the general support of the populace. Not only are those in power vastly outnumbered by those over whom they rule, but governments rely on the subjugated populations to provide them with a continual supply of resources and manpower. If one day enough people refused to obey and stopped surrendering their wealth and property, their oppressors would, in the words of La Boétie, “become naked and undone and as nothing, just as, when the root receives no nourishment, the branch withers and dies.” (Étienne de La Boétie, The Discourse on Voluntary Servitude) Hence mass submission to even the most oppressive political regimes is always a voluntary servitude, one based on popular consent. As de La Boétie explains:

“Obviously there is no need of fighting to overcome this single tyrant, for he is automatically defeated if the country refuses consent to its own enslavement: it is not necessary to deprive him of anything, but simply to give him nothing; there is no need that the country make an effort to do anything for itself provided it does nothing against itself. It is therefore the inhabitants themselves who permit, or, rather, bring about, their own subjection, since by ceasing to submit they would put an end to their servitude. A people enslaves itself, cuts its own throat, when, having a choice between being vassals and being free men, it deserts its liberties and takes on the yoke, gives consent to its own misery, or, rather, apparently welcomes it.” (Étienne de La Boétie, The Discourse on Voluntary Servitude)

In this video we’ll explore La Boétie’s insights as to why people throughout history, and into the modern day, have acted against their best interests and consented to their enslavement.

Most animals display a natural instinct to be free. When an attempt is made to capture an animal, it flees in terror or else reacts with fierce aggression. When taken from its natural habitat and placed in captivity, its innate vigor atrophies and is replaced by lethargy and despondency. The successful domestication of a species, therefore, usually requires numerous generations of selective breeding in order to eradicate the animal’s instinct to roam and live free. La Boétie asserts that in human beings this instinct for freedom is especially pronounced. Various social factors, however, have atrophied this natural instinct over time, to the point where now “the very love of liberty no longer seems natural” (Étienne de La Boétie, The Discourse on Voluntary Servitude)

One of these factors, according to La Boétie, is “the powerful influence of custom”, or in other words, our tendency to become habituated to the social and political conditions we were born into. Just as an animal born in captivity knows nothing of the freedom it lacks and hence does not resist its chains, so too those born into State slavery lack the knowledge of what it means to be free, and thus tend to accept their servitude as if it were natural. When one spends their formative years observing those around them not resisting their oppressors, but accepting them, and even adoring them the effects of custom tend to override the natural instinct for freedom, and submission becomes habitual. This socialization into State slavery is analogous to the story of the ancient King Mithridates who was said to have habituated himself to poison by drinking small amounts over a long period of time: “Like him”, writes La Boétie, “we learn to swallow, and not to find bitter, the venom of servitude.” (Étienne de La Boétie) Or as he further explains:

“It is true that in the beginning men submit under constraint and by force; but those who come after them obey without regret and perform willingly what their predecessors had done because they had to. This is why men born under the yoke and then nourished and reared in slavery are content, without further effort, to live in their native circumstance, unaware of any other state or right, and considering as quite natural the condition into which they were born.” (Étienne de La Boétie, The Discourse on Voluntary Servitude)

But custom alone does not account for the readiness with which people consent to their servitude, as ruling classes have long known that to maintain power they must play an active role in engineering consent. “Plays, farces, spectacles, gladiators, strange beasts, medals, pictures, and other such opiates, these were for ancient peoples the bait toward slavery, the price of their liberty, the instruments of tyranny.” (Étienne de La Boétie, The Discourse on Voluntary Servitude) In the modern day these instruments of tyranny have changed form, but their essence remains the same. The endless supply of mindless diversions provided by the mass media and entertainment industry, the numbing effects of pharmaceutical drugs, and the dramatic farce of political elections all serve to distract the attention of the populace away from the reality of their enslavement.

Another tactic for engineering consent used by ancient tyrants was analogous to what we call the welfare state today. La Boétie notes that on select days of the year ruling classes used to distribute bread, wine, and a little bit of money to their subjects, and soon after those who were content and satiated would cry out “Long live the King!”:

“The fools did not realize”, La Boétie writes, “that they were merely recovering a portion of their own property, and that their ruler could not have given them what they were receiving without having first taken it from them.”(Étienne de La Boétie, The Discourse on Voluntary Servitude)

But the proverbial bread and circuses are not the only instruments of tyranny, for ruling classes have long attempted to evoke not only the consent, but the adoration and reverence of their subjects by co-opting techniques used by religions to make their authority appear sacred. Myths, rituals, the use of religious and cult symbolism, and the construction of buildings symbolizing power and authority and resembling places of worship, have long been used by ruling classes to borrow, in the words of La Boétie, “a stray bit of divinity to bolster up their evil ways.”(Étienne de La Boétie, The Discourse on Voluntary Servitude)

Despite the fact that voluntary servitude to a political ruling class has been the norm throughout history, La Boétie does not consider it inevitable that this situation will continue indefinitely. For just as there have always existed those who seek to rule and exploit others, so too in all ages there exist individuals who instinctively rebel against any form of servitude and thus are tortured by the chains which others appear not to notice. “Even if liberty had entirely perished from the earth”, La Boétie notes, “such men would have to invent it. For them slavery has no satisfactions, no matter how well disguised.” (Étienne de La Boétie, The Discourse on Voluntary Servitude) Those who comprise this elite vanguard of freedom devote much of their time to educating themselves and developing their critical capacities for the sake of awakening others to the nefarious and deceptive nature of political rule. This work is done in the realization that if a critical mass becomes aware of their enslavement and of the true value of freedom, voluntary servitude, on a mass scale, will end quite abruptly, for as La Boétie explains:

“From all these indignities, such as the very beasts of the field would not endure, you can deliver yourselves if you try, not by taking action but merely by willing to be free. Resolve to serve no more, and you are at once freed. I do not ask that you place hands upon the tyrant to topple him over, but simply that you support him no longer; then you will behold him, like a great Colossus whose pedestal has been pulled away, fall of his own weight and break into pieces.” (Étienne de La Boétie, The Discourse on Voluntary Servitude) 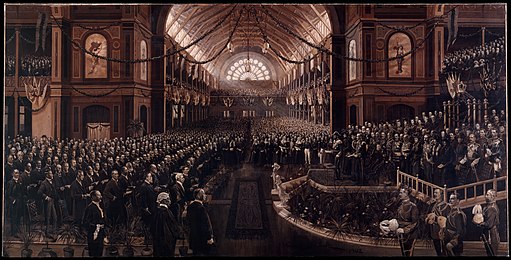 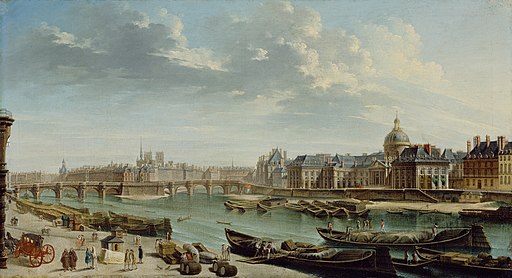 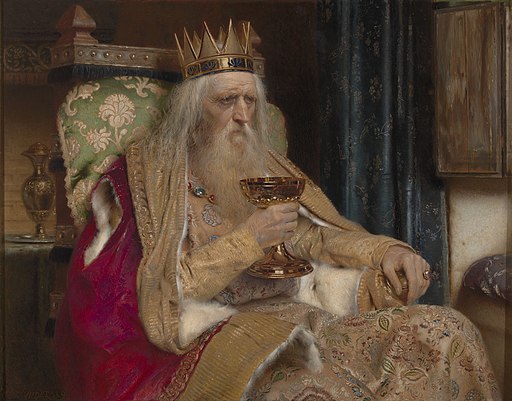 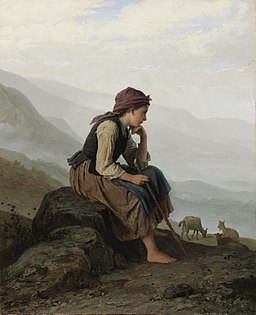 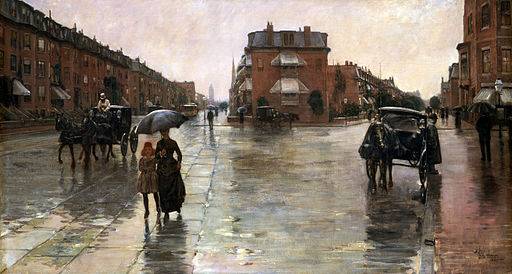 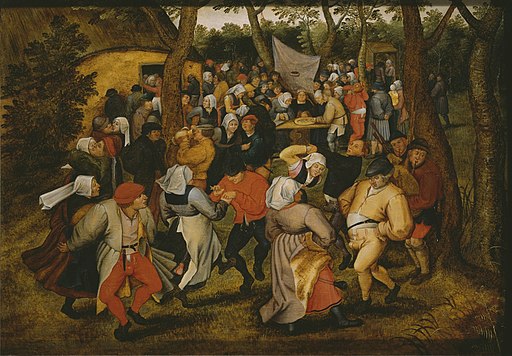 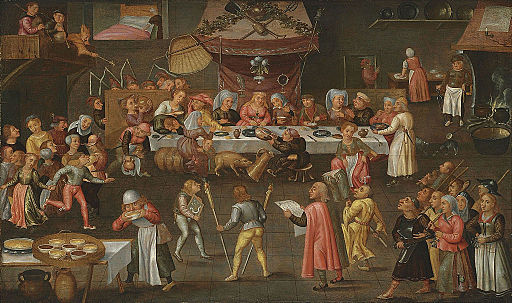 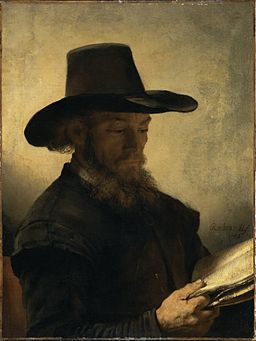 How We Enslave Ourselves